Sometimes I wonder if God is a master chef and we are a collection of his favorite recipes. I believe every person is placed in our lives for a reason, just like every recipe has key ingredients to make it what it’s meant to be. Some ingredients are small and some larger. Some go in early and some are mixed in later. Sometimes you make the same recipe every year and one year you spice it up by adding another ingredient … sometimes it adds to the recipe and sometimes it takes away from it. Some ingredients don’t seem to make sense at all yet they can be the most important ingredients to ensuring the recipe turns out well. I hope you see where I’m going with this, because to me it’s almost mind-blowing.

I, like a recipe, am made up of all the things and people that have touched my life. Some have made me sweeter, some bitter, but all necessary to making me … me. I’m at a turning point in my life, a crossroads of sorts. One of my bulk ingredients is being recalled. Not because it’s bad, or contaminated, but because it has fulfilled what it was meant to do here. For the last 38 years it’s made me who I am. It’s one of those irreplaceable ingredients, and without it, the recipe just isn’t the same. That ingredient is my Grandma Bea.

Not one person has impacted my life as much, or for as long, as my 95-year-old grandmother has. Everything good in me is because of her love and compassion. Growing up I practically lived with my grandma. My dad was a single dad with three small children and he relied on my grandmother to take care of us while he worked sometimes three jobs to make ends meet. When I think of my grandma’s home the first memory that hits me is the smell. Her home always smelled like rich brown gravy, cookies, roast beef, and homemade coleslaw. I swear even when she wasn’t cooking the almost 70 years of cooking she did there stained the walls of her home with a sweet smell that oozed  from ever corner. It would hit you the moment you walked through the door followed by a warm smile and tender soft-spoken voice always filled with love. She instilled every ounce of faith that runs through me. Wednesday evening we went to church followed by ice cream at Odell’s only to wake the next morning as she put us on the dial-a-ride for school. The last couple of years she has lived in an assisted living complex, and seeing her old home missing its furniture and pictures is a sad reminder that even the things we love most change.

I’ve always had a close relationship with my grandmother but losing Nash linked us … that shared bond of mothers who have lost a child. We spent countless hours talking about Nash and my dad. How hard it is to be here when half of your heart is somewhere else. I would never have discussed these things in such detail with her before Nash — I wouldn’t have wanted to upset her. Losing Nash taught me how important it is to let her say his name, to cry as she reminisced about her many memories of him. I remember not too long ago when she had asked me to tell her about my dad’s passing. She wanted every detail. I know how important that is for me … how hard it is to not know exactly what Nash felt as he left this world for another — a world where I can longer care for him or look after him. I held her hand and we both cried as I told her how peaceful my dad’s passing was, how we were all with him and holding his hands. As much as she cried, the relief that washed over her was visible, and in that moment I regretted never sharing it with her before.

Maybe it’s my grandma’s age or her soft demeanor but my family tends to treat her with extra soft gloves. When my dad was diagnosed with cancer he didn’t want to tell her for fear that it would upset her. It amazed me even then that he thought he could squeeze that one by her. The next day she was in the hospital room with him. Same when Nash passed. Her arthritis was so bad that sitting for any length of time was excruciating. It was painful just to watch her adjust herself in a chair. A car ride was out of the question. I lived two hours away from her, yet against the advice of others she came down immediately and again for his showing and funeral. You couldn’t keep her away.

My grandmother is the person I’m most honest with. I called her when I was in labor with both boys. When Nash was ready to be born she was so excited, and all I could do was cry. I remember telling her I was scared … that I didn’t know if I could do it. Five short months later I would be sitting next to her after he died saying the same thing. She reassured me that I could and that I would. No fairy dust sprinkled on it. She didn’t sugarcoat it or tell me it got easier … she just said the truth: I could and I would. Many people said similar words to me, but it was only when she said it that I truly felt that I could.

My grandma was pregnant with her fifth child when my grandpa died unexpectedly of a massive heart attack. She became a single working mother in a time where moms stayed home and raised their children while the husband worked and supported the family. Can you imagine? My dad and his twin brother were 12. She went through a pregnancy, labor, and raising five children without the love of her life, but with the questions and grief of five children not to mention her own grief. My grandmother never remarried and her faith was unwavering. Not once did I ever hear her complain about the hand she had been dealt … not once.

My grandma Bea is in her final days now. She is at the end of her journey here and is more than ready to go. She has told me for some time now she is ready to be with my grandpa, my dad, and my Nash. Her faith is so strong that she looks forward to the end.

People have told me I’m strong … I don’t feel that way. I’m just getting through each day the best I can. I hope by giving you just a small glimpse of the woman who helped raise me you may see where I get some of that “strength” from. I will miss her endlessly. She had made me who I am, and I am proud of every single sprinkle she has added to my life. Goodbyes are never easy especially when it comes to my Grandma Bea — my rock, my heart, my cup of strength, tablespoon of compassion, pinch of kindness, and two giant scoops of unconditional love. 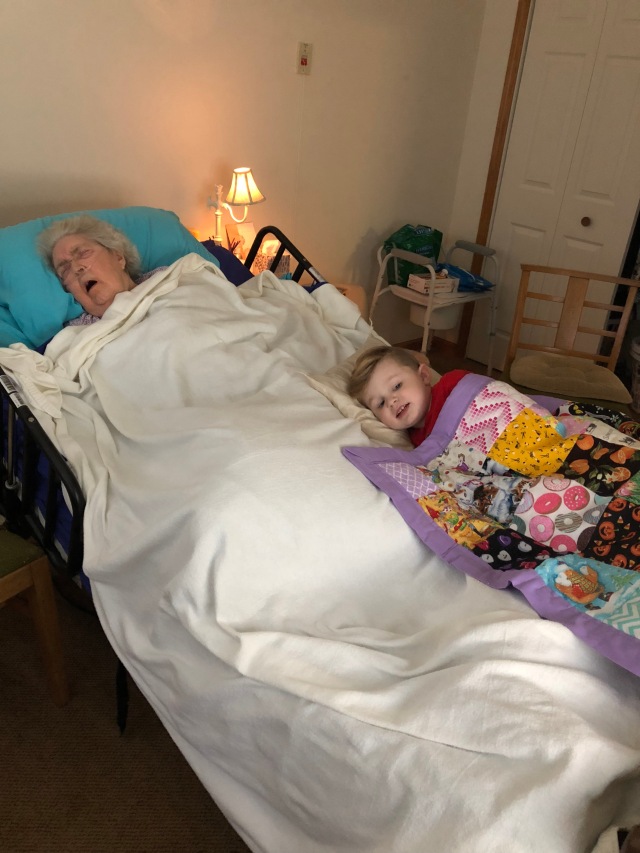 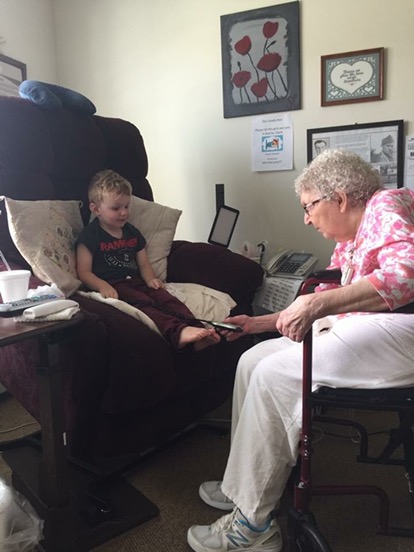 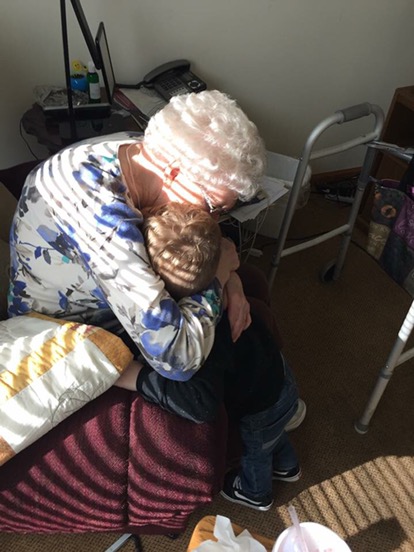 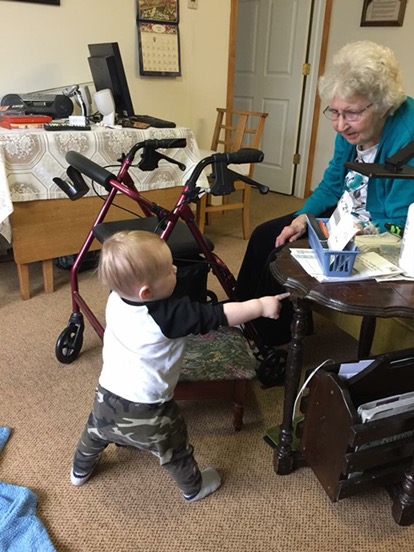 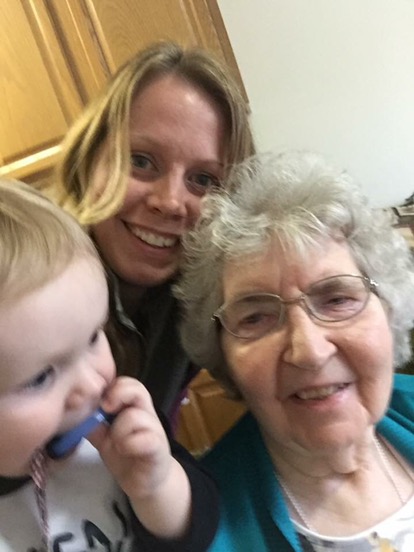 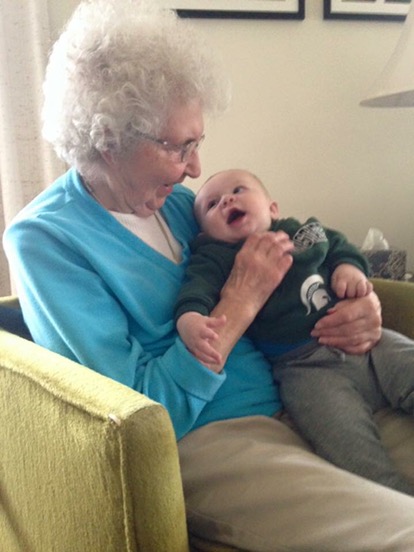 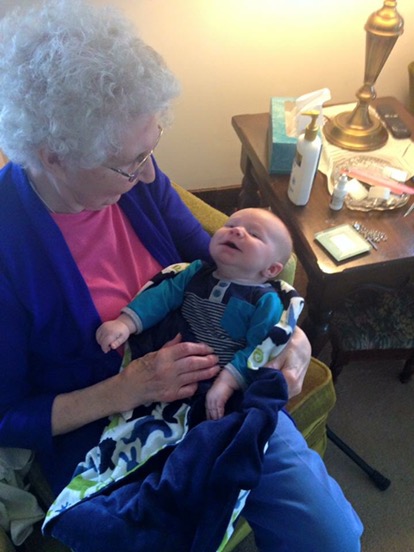 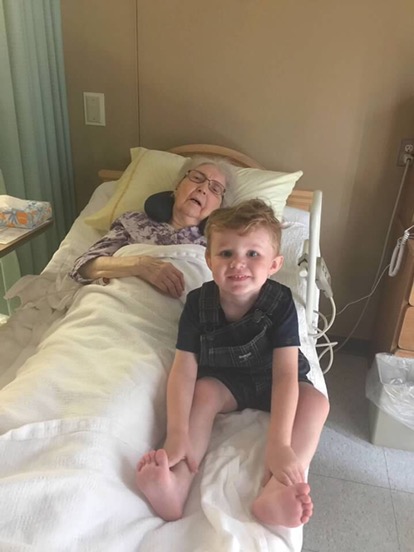 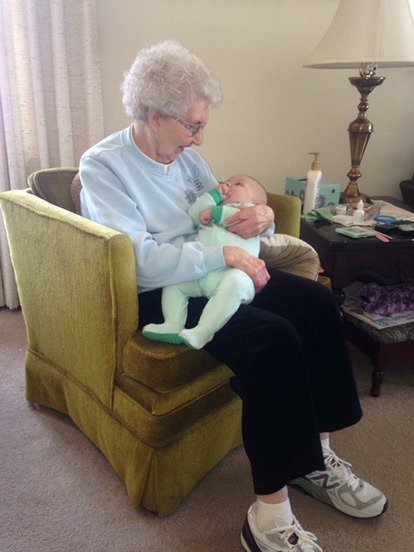 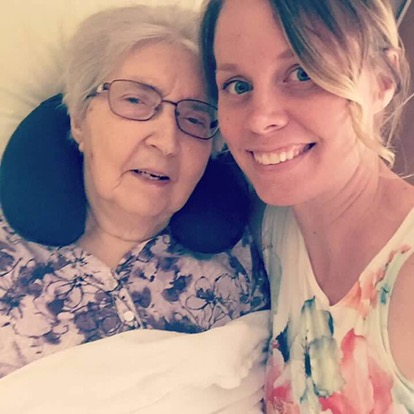 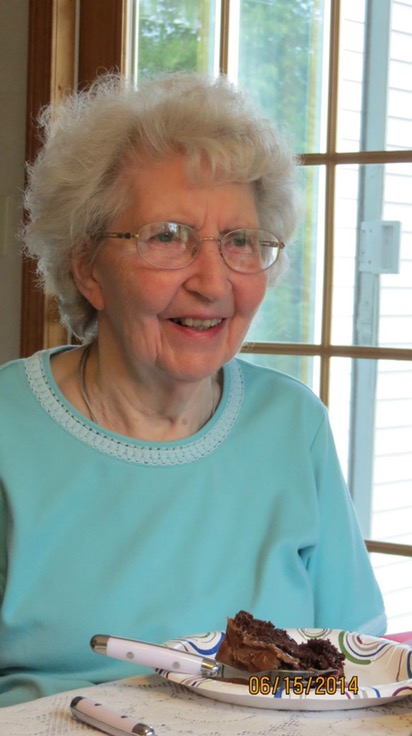