I think it’s hard for mothers to admit how challenging being a mother can be. How stressful it can be, like if we admit this or cop to it, it makes us less of a mother in some way. At least that’s how I feel, anyway. Todd and I have a pretty solid marriage. The only time I have ever really felt unhappy in my marriage was the first two months of Nash’s life. There has to be statistics somewhere about the divorce rate spiking after the birth of a child. As much as it’s rewarding, let’s face it, it’s challenging. Add grief to the mix and it can get downright ugly!

We fight like most couples do. We have the same issues. I’m on maternity leave now, so I am with Crue all day long. I wouldn’t trade it for anything in this whole world, but at the same time It can be downright exhausting. A lot of walking around the house and rocking him, changing diapers, making bottles, sleepless nights, going all day on very little sleep and barely having time to eat or even take a shower. Todd walks in the door and I’m immediately relieved to be rescued. Help has arrived! Todd, on the other hand, gets up early every morning and goes to work for twelve hours. He is excited to come home and see Crue, but at the same time he is tired from a long work day. To have a baby thrown at him and an exhausted half-psychotic wife to come home to is not a joy, I’m sure.

On top of all the new challenges to my daily routine, the insecurity about my post baby body only adds to all the other things I’m going through. I think every mom can vouch for the loss of their previously youthful body. It’s a little like the grief process. You truly mourn the loss of the body you once knew. At the same time, I feel amazing. I have never felt more…womanly I guess you would call it. I no longer have my unscarred body. No questioning it if you saw me naked that I am a mother. I earned these stripes though dammit! This was one of the things I had a hard time dealing with when Nash passed. I looked at my c-section scar, stretch marks, and should I say softer and more rounded curves, and was mad. When you have a baby you tell yourself, “Yes I may not have that body I once had, but I have this beautiful baby.” When Nash passed ,I had all the scars that remained from carrying him. On one hand, they had even more meaning. On the other hand, I would look in the mirror and say to myself, “I have all the scars and not the payoff that comes with them.” If that makes sense. It made me angry. I have had two babies in under two years and it shows, yet I’m only carrying one baby in my arms. It’s not fair.

I mother Crue on a whole different level than I did Nash. I never understood when mothers of one child would say,”I can’t even take a shower or eat!” I thought, “Put the baby down and do it, it’s not rocket science.” Yes they may fuss, but you have to take care of yourself. With Crue I am THAT mother. I never put him down. I can’t stand to hear him fuss or cry. I think, “Oh my God he thinks I left him,” and I run to him. If I have to use the bathroom, I set him down and literally run to the bathroom. I try to keep it to five seconds or less, even though I’ve been holding it for four hours, and then I run back to make sure he is breathing before I go back and wash my hands. If I use the bathroom for any longer length of time, he comes with me.

I’m learning to use the carrier more so I can cook and somewhat clean the house. Whatever I’m doing, though, he is with me every second. Before I had Nash, my top priority was to try and find a balance between being a wife and being a mother. I didn’t want to neglect one relationship for the other. I have seen many women do that, and I wanted to learn from their mistakes. It was important to me to try and look nice, cook dinner, talk with Todd. Make sure we took time for ourselves. With Crue, I see myself neglecting my marriage completely. Granted, it’s still early, but I don’t see it changing. Todd is a far second to Crue. If Todd and I say more than ten words to each other between the time he walks in the door from work and me scurrying around the house to get things done and then heading to bed, it’s a good day.

We have gotten into some pretty heated arguments. The problem with grief being added to normal marital problems is that it multiplies the anger, sadness, and depression. God forbid I get Crue to sleep and then Todd’s alarm goes off for work. I start swearing like a sailor and elbowing him in the ribs to wake him up. He then snaps at my craziness with something along the lines of, “What the f$*# is wrong with you?” The fact that he even has to ask this and cannot read my mind infuriates me. Then, even though it’s his alarm that caused the fight, I’m like, “What the f*#! Is wrong with me, really??? I don’t know, maybe it’s that my life sucks! My baby is dead, and I’m exhausted!” Oh yeah, I go there. Once we are fighting, I let myself think of Nash. There is something about being upset already that makes me say why the hell not. I’m already upset, let’s just dig this wound a little deeper. Then before you know it, I’m crying and Todd is apologizing. He leaves for work, I stumble around the house like a zombie, and before you know it he is home and it starts again.

The reason I believe Todd and I will make it through this is the same reason we have made it through everything else. We listen to each other. Neither of us are above admitting when we are wrong and apologizing. We both try to see the other person’s point of view and adjust our attitudes accordingly. This is huge!!!! I have never had that with someone other than Todd. Thank God I married him! Listening to your partner and seeing his or her point of view may seem like a given, but the truth is it’s hard to find those qualities in a partner. I’m thankful everyday that not only did I find someone like that, but also that I’m not dumb enough to throw it all away.

However, I have my worries. I am not the girl Todd married. Now that Crue is here, that is even more apparent. I’m tired, sad, temperamental, and argumentative. My body has changed which makes me insecure and emotional. A dress up day for me is getting out of my robe and into a pair of sweatpants. Not exactly the qualities you want in a spouse. Todd is probably the most understanding man I know, but how much can one person take? How long before it all becomes too much? I hope the answer is never. 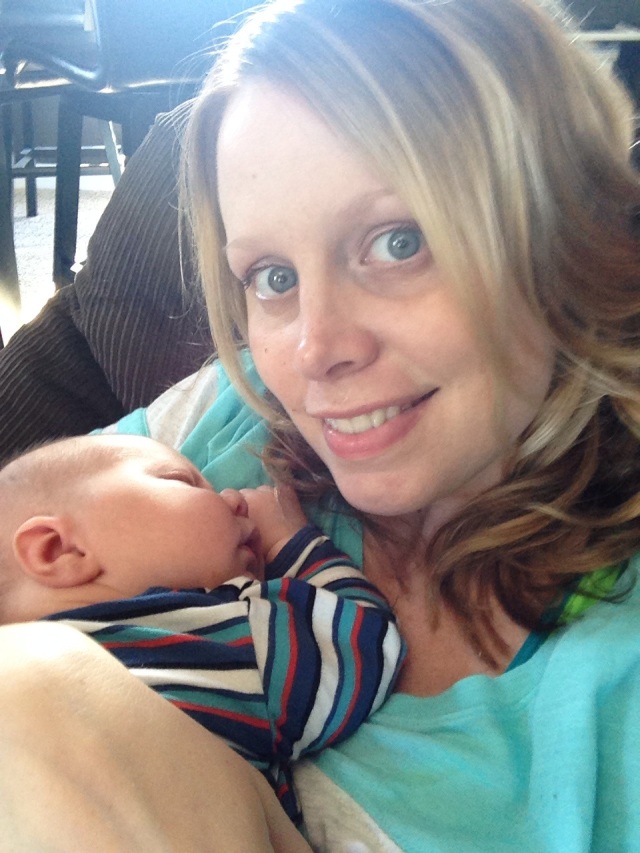 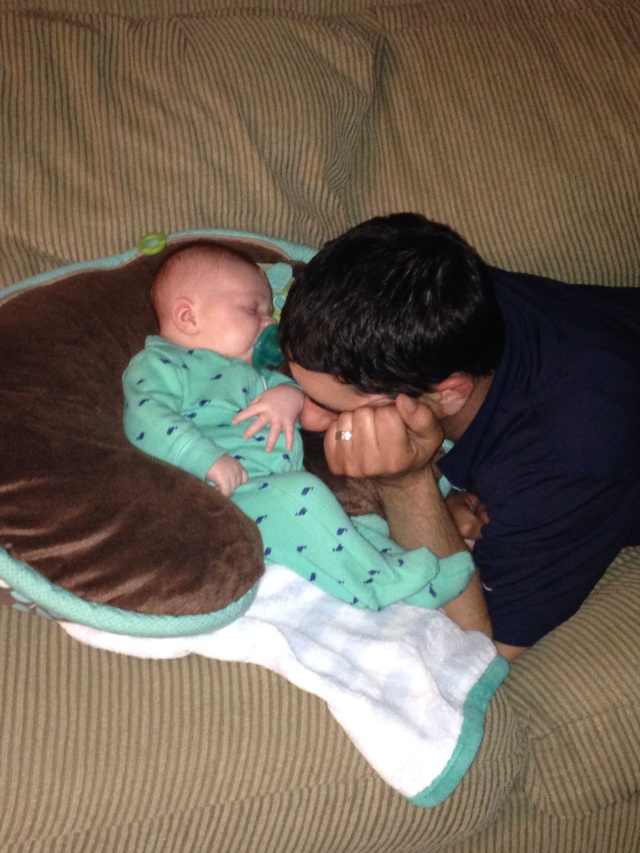 4 thoughts on “The challenge”