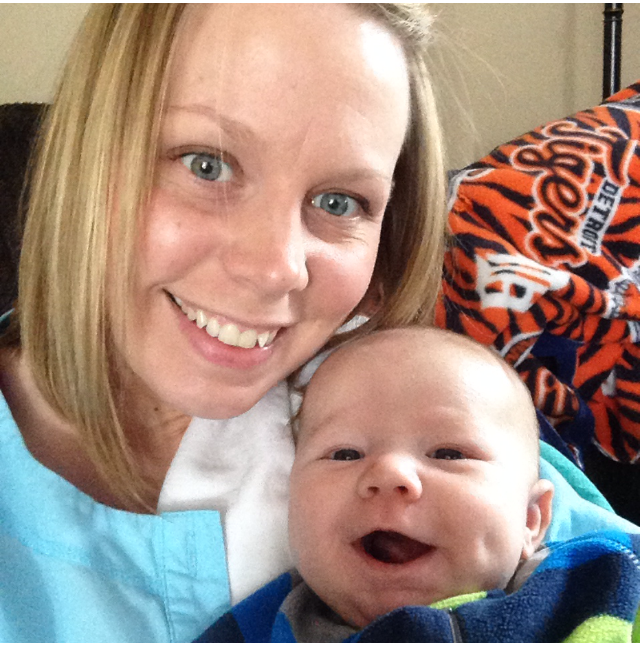 ﻿i think what hurts the most about expecting a new baby after the loss of Nash is that it somehow feels like a final goodbye to Nash. I know that probably sounds crazy, but i﻿t’ s a huge step in moving on with my life. The birth of this new baby means I will celebrate birthdays again. I will have a child to call me mom. I will smile, be happy, snuggle, and raise a little boy like I always wanted. I will fulfill all the dreams I had hoped for, but not with the baby I feel I was supposed to do it with. All of those things are what makes me happy about being pregnant again; but at the same time, hurt immensely. It feels like I’m cheating on him. The best way I can describe it, is I know if I died I would want Todd to remarry and be happy again; yet, at the same time, I would hope he didn’t love her as much as me. I would hope he would miss me. It would bring me some pleasure knowing that yes he loves her, but he would much rather have me there. I would want her to be second to me in every way.  That sounds terrible; I know, but I think most people feel this way. As much as I would want Todd to be happy, looking down on him moving on with his new wife would hurt badly. That’s how I imagine Nash may feel. I know he would want me to love his little brother…but when Todd and I are rocking him to sleep at night or holding him when he cries, will Nash be looking down missing us? Wishing we were holding him?

Wow, I think that’s the best I have ever described it. I was watching TV one day and a psychiatrist asked a couple who lost a child why they felt so guilty for living their lives.  I watched them stutter as they tried to describe why, and they couldn’t.  That’s the closest I have ever come to really explaining it. Think about it, it’s not a far stretch to think your baby will be jealous of a new baby. All parents worry about that with their second child. I hear them say how much they struggle to give each child equal attention. In my situation, I can’t do that. I can’t kiss Nash after I kiss our baby. I can’t hold him and show him how much I love him too. I have to rely solely on faith that he knows that. Something that is hard to do when I am still struggling with my faith everyday. Isn’t it strange that I fear he isn’t in heaven, yet at the same time am scared he can see us and will feel sad? I hope I can find a way to manage these feelings. I want to be a good mother to this little guy, but still honor the memory of Nash. I want to tell this baby about their big brother without setting some unreasonably high bar for him to reach. I don’t want him to be in Nash’s shadow, or always feel like he is competing for my love with someone who is not even here. At the same time, I feel very loyal to Nash. I don’t want him to be forgotten and I don’t want him to be just a story I tell. He is my first child and always will be. Some people ask me how many children I have and it’s hard to answer. I always say two but it leads to questions about Nash and I have to say he passed away.

One day, I actually googled how to answer this question. One mother said that she had two children, one is five and the other has angel wings. Another said that she felt horrible explaining what happened to her child so she never included her in the number of children she had. She said it made it easier on her to not have to answer uncomfortable questions. I couldn’t imagine doing that. I would rather answer a million uncomfortable questions than to not include him. At the same time, as soon as I say he is gone, the person who asks is uncomfortable. I don’t want to be insensitive to them, but at the same time my loyalty is to Nash. It’s the same when people ask the very common question, “How are you doing?”  Every time I slip and say “good,” out of habit, I am immediately mad at myself for saying it. I’m not good. Why would I say that? Instead, I try and answer “okay” in the most cheerful way I can. When I say this to patients at the office, as I bring them back to my operatory, I must sound like such a  “Debbie Downer.” I have to answer this way though, or I feel incredibly guilty. It may seem strange to put so much emphasis on such ordinary and seemingly insignificant things. To put so much energy into how I answer these  questions; but for whatever reason, it’s very important to me. Maybe one day I won’t have to think about my answers or feel guilty for saying, “I’m good,” because I will be good and that’s…okay.