It’s strange, to say the least, to think about someone daily you don’t even know. The day Nash died was the first time I had heard about the deputy who was first to the scene at the sitters. Todd and I were sitting with the detectives in the room at the hospital and they were asking us all these horrible questions, only moments after lying Nash down on that gurney. My mind was still processing that my baby was gone. As the detectives were talking and I was sitting next to Todd crying and staring at the floor, I heard and absorbed very little of what they said. Picturing Nash alone in that pack-‘n-play, needing help and no one there to help him,  I felt like I made the worst decision of my life that day. I left him with people who I trusted to care for him and ultimately he ended up losing his life. The nice lady and cute idyllic house I left Nash in, suddenly seemed like a house of horrors, with evil people in it. As I pictured these terrible things, I heard the detective say, “There could not have been a quicker response to the 911 call. The deputy arrived less than two minutes after receiving the call.”  He said it with this air of amazement. As if it surprised even him at how fast the deputy got there. My mind went to the deputy, this man who had done CPR on my baby. Something so personal and yet, I didn’t even know who he was. I pictured a 50 year old man, very serious about his job and meticulous with details. I thought this was just another day at work for him. Maybe it was a little more somber because it was a baby; that would be hard on anyone; but I pictured it not being as personal to him as it was to us. I thought of him a couple of times over the next few days. I wondered who he was, this man who was the first ray of light, the first person who had some ability to help Nash. During one of Nash’s showings, I was standing at the casket and Todd came up behind me. He said the deputy who got to the daycare first was there. I felt overwhelmed with emotions . For some reason I wanted to cry. This angel would now have a face. I was surprised to see that he was not much older than me. He was getting hugs and thank- yous from most of my family as he stood there, holding his fiancés hand. I couldn’t wait to get to him. I just wanted to hug him and thank him. I have probably thanked a billion people in my life.  “Thank you for the Christmas card. Thank you for letting me borrow your phone. Thanks for holding the door for me.” How do you begin to thank someone for trying to save your baby?!? There should be some other level of thank- yous for that one. I don’t remember what I said; but whatever it was, I’m sure it was not enough to convey my gratitude and appreciation. As he talked to us and our family, I thought to myself, this is a couple Todd and I would be friends with. They reminded me of….us. I watched him walk up to the casket with his fiancé and cry as he saw Nash there. My heart broke. He wasn’t at all what I pictured. This…was personal to him. He was visibly shaken by all of it.

I would say about two months later I was having cramps and my doctor sent me to the emergency room to make sure the baby was ok. As I sat in the waiting room with my sister and friend, Jessie, I saw the deputy’s fiancé. She recognized me and we started talking. She was there with her soon- to- be -stepson who had hurt his head and they were checking for a possible concussion. I explained my reason for being there and to my surprise, she knew I was pregnant. She had been reading my blog. Then, I saw the deputy walk out with his son in his arms. He was in uniform. I couldn’t help but stare at him as he comforted his son. You could tell he was concerned. He seemed so attentive and loving. I had to choke back tears, knowing now why he was so emotional about Nash. He was a father himself. As I saw the way he tended to his son, I pictured him the same way with Nash. He chatted with me for a while and then headed to work.

I would say it was about two months after that when Todd and I were at the Home Depot and as we were standing in the isle, the man next to us looked at me and then quickly walked away. Todd said, ” do you know who that was?” I didn’t recognize him with the hat on; He was the sitter’s husband. I went speechless and numb. We headed towards the checkout in a haze and there was the deputy and his fiancé. I was already on the verge of tears and found myself fighting back the urge to hug him and cry. I managed to stay calm and not make an already awkward situation even more uncomfortable. We chatted for a while and then headed home. As Todd and I were driving home, I was completely silent. Todd said, “are you upset that we ran into the sitter’s husband?” Surprisingly, I was more upset I didn’t hug the deputy. I was afraid in my haze that I had come across unfriendly or ungrateful. I told Todd, “I don’t care how weird it is next time I see him, I’m hugging him!” Todd just laughed.
My uncle is a retired police officer and I have many friends whose husbands are police officers, so I’m not about to get Into the politics of what is going on right now in the news with police brutality and such. I have very strong opinions about it and I don’t want to offend, so I’m just going to stay quiet. Don’t get me wrong, I know not all police officers are created equal, but to stereotype them all is wrong. What I will say is this: a police officer isn’t just the man ruining your day by giving you a ticket or taking you to jail for doing something wrong. He isn’t just the person you feel is there to punish you. Next time you see a police officer, look a little deeper. He is also the man who leaves his home everyday and puts himself in situations that could take him away from his family. He has been hit, sworn at, degraded by drunks and yelled at by idiots. He is in high – speed chases and could even be shot at or killed…..or……he could be the first to arrive to do CPR on your everything, your baby. I told Todd once that I felt like Nash was alone, until the deputy arrived. That he had no one to help him when he needed them. In my heart, I know Nash was gone long before the deputy got there, but it gives me a lot of peace to know Nash wasn’t alone any longer, because this deputy was there with him. I know if Nash could have been saved that day, the deputy was the best chance we had and after meeting him, I know without a doubt, my baby would still be alive today if the deputy could have done anything about it. When people refer to him, they call him the first responder. When I hear the detectives or doctors refer to the deputy as this, it bothers me. He is so much more then that to me. That title does not do him justice because it’s to impersonal. I picture Nash alone in this house, where it sounds like no one was watching over him, and think this deputy was the first link Nash had to the outside world. He was the first person who cared and was there to help. He was the first person trying desperately to save him. When he arrived, Nash was no longer alone. In my eyes, as cliche as it sounds, he is a hero. 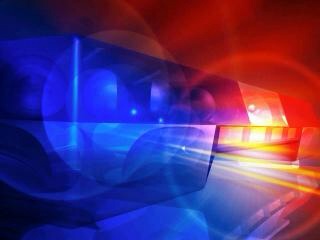 One thought on “First responder”