When the detective called to meet with us, I had a lot of conflicting emotions. On one hand, I wanted to know why his death was ruled positional asphyxia. I wanted to know the events of that day and what lead to my son’s final moments. At the same time, I was horrified to see pictures of the room he was in. Pictures of the pack-n-play he may have died in while taking what would be his final nap. Just picturing it in my mind made me sick to my stomach. I knew that no matter how hard these details were going to be to hear, it was nothing in comparison to what Nash went through. I felt I owed it to him to hear the details. To know what he went through. I had asked the detective on the phone before we met with him if we could get his diaper bag and belongings that were taken from the scene. He said, “One second, let me see what we have.” He said very casually, “Yes. We have a diaper bag and it looks like a pair of sunglasses.” You will be able to get those items while you are here.” My heart sank. I pictured the sunglasses Nash’s cousin Lexie had gotten him. How cute he looked in them. How many oohs and ah’s he got when wearing them. Now they were at the police station marked as evidence. When we got to the police station, we sat and waited for the detective for a couple of minutes before he took us to an interview room. I had seen these rooms on TV. It’s where they get criminals to confess to their crimes. Never did I think in a million years that I would one day be in a room like this, discussing the details of my son’s death. Luckily, the detective said that he wasn’t going to show us the pictures. He didn’t think it would be helpful to us, and he thought it would be painful. I was relieved. He did say that if at some point we wanted to see them we could.

I am not sharing this to make the sitter look bad, or to make people angry. I worry that the sitter may even read this and be hurt. That is the last thing I would want. I’m sharing this for other parents and other day care providers. To tell them what to look for. What to do differently. To the daycare providers I will say this – don’t ever get to comfortable. Don’t think to yourself, “I have done this a hundred times and the babies have all been fine.” You will have to live with yourself for the rest of your life if something happens to a baby in your care. All babies are different and should be treated that way. Don’t assume they are all the same. Don’t look at a baby and think he is strong, he can roll over, and leave them alone for long periods of time. Remember this baby is someone’s whole world. I use to be so afraid of being that overbearing, hypersensitive mom. Now I have a whole new respect for these moms. First, make sure you stress to your daycare provider that your baby needs to be on their back. Make sure you tell them that your baby should be within hearing and viewing distance from them at all times. DO NOT just assume they know this. Also make sure they have a baby monitor if, for some reason, they can not see the baby. Make sure you know the number of children they will have at their house at any given time while your baby is there. Lastly…the best advice I can give to anyone, advice that I know will save a baby’s life if taken. Don’t be afraid to be stern and  forward about what you want from your sitter. This is your child, who cares how crazy or overbearing you look. Would you rather come across relaxed and nice or have your child safe. When put that way, it doesn’t seem like much of a choice, does it? I know, though, that there are other mothers like me. First time mothers. Mothers who don’t want to look stupid or silly that they are asking the sitter to do things that the sitter may think are ridiculous. Remember, no one will speak up for your baby if you don’t. You are their voice. If you need an example, use Nash. Tell them the story of our baby. Claim him as your nephew, cousin, whatever. Tell them he died and it makes you concerned. Say it made you hypersensitive and over protective. It will put the fear of God in them and at the same time give you the voice that you may be too timid to have. 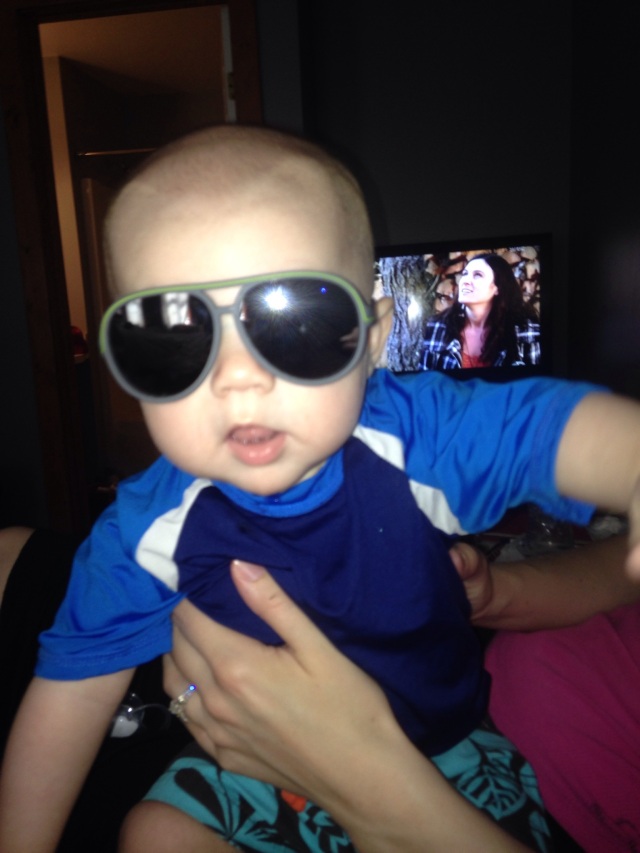 11 thoughts on “Good and angry”