I barely slept the night after I heard the cause of death. My mind was full of mixed emotions. Todd got up in the morning and got ready for work. He had to, he said he needed to keep busy. I, on the other hand, had no intentions of going anywhere. He walked around to my side of the bed to kiss me, and I started crying. I said, “I dropped him off there Todd, I dropped him off there!” He stayed with me awhile and said, “Do you want me to call someone? I don’t want you to be alone.” I quickly said, “No.” I meant it, too. I wanted to be alone. The thought of discussing this with anyone, explaining what happened, saying out loud what was hard enough to hear. I couldn’t. He left and I lay in bed and stared out the window, my dogs snuggled up on both sides of me. I heard noises a couple of hours later coming from downstairs. I texted Todd, “I think someone is in the house.” He said, “Don’t be mad…I called some people to come over.” I was mad, very mad. What part of I want to be alone did he not understand? I texted him back, “Who did you call?” He said, “Just Jessie and Julie…and Shawn…and your sister, but that’s it.” I wanted to kill him. He had called damn near everyone in Arenac County!

Jessie and Julie were the first to arrive. I couldn’t even look at them at first. I heard them walk up beside the bed to hug me, and all I did was cry. Jessie crawled in the bed next to me. Todd had only told them that I needed a friend because I was having a bad day, not the reasons why it was such a bad day. I told them why, crying the whole time. Jessie looked at me with absolute horror on her face and said, “Oh no Shelly.” They both sat and listened to me talk for awhile, and then my brother Michael showed up. I had sent him a somewhat concerning text the previous night, so he took the day off of work to check on me. I was mad…I just wanted to be sad and sulk. These three would not let me. They talked about Nash and other things. Before I knew it, I was joining in on the conversation. I still remember thinking, “Wow, I’m sitting up in bed talking when I feel absolutely horrible. How is my body doing this?” Maybe Todd was right, maybe this is what I needed. Sometimes I think he knows me better than I know myself.

People tell me all the time how shocked they are that I’m doing so well. It is my least favorite thing to hear because I’m not. I watched this show one time called “I Survived” in which people tell their stories of survival. One woman was working at a store when she was robbed. The robber stabbed and shot her (I know, horrible right). After hours she decided to fake being dead and the robbers left. She got up and ran to the neighboring store and screamed at the manager to call the police. Here she was running, talking, covered in blood. The manager said he thought it was some sort of joke until she passed out. He couldn’t understand how she had made it to his store in her condition. The woman said the same thing. She didn’t now how she kept her head about her, how she was able to run after losing so much blood. That is exactly how I feel. I’m just as shocked, if not more, that I am still moving. Sometimes I wish I had a physical injury that was as bad as the emotional injury. Then people would get it…that I have no control over it. Sometimes you can be hurt badly and your body still functions when it probably shouldn’t.

Jessie and Julie decided to run to the store to grab lunch and food to make for dinner. I got some alone time with my brother Michael. We have been extremely close since we were little. When I moved to Fenton, we didn’t see each other nearly as much as we wanted. I had called him an hour or so before I got the cause of death. I cried and told him how nervous I was to hear something bad. I didn’t think I could take another blow when I’m already so fragile. When I texted him later that night and told him the news, he was so sad for us, for Nash. He knew this was the news I dreaded the most. He sat with me in my room and talked about the funeral, and things people did that he thought were funny. How crazy our family can be, his boys, and my feelings about Nash’s death. Wow, I hadn’t realized how much I needed this alone time with him. He always makes me feel better. We have one of those relationships with no awkward silences, no watching what you say. I just tell him everything and he understands without judgement. Next, my sister arrived and Todd’s sister Becca. A couple of  hours later my friend Shawn. Most of these people took time off from work and traveled two hours to be with me.

Jess and Julie started making dinner downstairs so we all went to the kitchen. I was now out of bed, joking with them all and crying if needed. Most of the time though, it was good conversation and little tears. It surprises me every time I manage to be okay when I’m not okay. I decided to get even with Todd. I called Brandon, and then he called Andy. I told them that Todd may need them when he got home from work. When he got home, they were there with beer and even more food. The last people to leave were Shawn and Brandon. Shawn left at 12:30am and Brandon a half hour later. Todd and I talked for awhile. We were in much better spirits then we were before. I can’t believe I’m going to say this but I felt lucky…..to have such amazing friends. Sometimes i wonder if I would have done as much for my friends as they have done for me if the roles were reversed. Would I be as amazing as they have been for us. God I hope so. I know now if one of them even gets as much as a hangnail I’m going to be at their house in a hot second. When people tell me how strong I am What they don’t realize is If I didn’t have my friends and family that day I would have stayed in bed and cried. A lady told me something one day and it really hit home. She was telling me it was amazing That I’m even able to talk about Nash. Some people who lose their children find it hard to even speak of the one they lost. I told her about Nash day, how much our communities have been behind us. How awesome are friends are. I said I’m lucky to have all this, most people don’t get this amount of support and I think I’m lucky in that way. She smiled at me and said “it’s not all them Shelly. You and Todd chose these friends and they chose you. You selected good people to be in your life and they did the same. When your surround yourself with good people, you get good things in return. For some reason I loved that. I’ve been asked how Todd and I are even going on with life. Next time they ask this I hope they see where we get it from. All they have to do is look beside us and see our families and friends. Look behind us and see our hometowns rallying. We have no choice to be anything but. People won’t let us do this alone. I selfishly want to stay in bed, I don’t want to talk to people, I don’t want to go to work, I don’t even want to leave the house. In my opinion it would be the easier route to take. I can’t though. I have to get up each day and try to peice my life back together. It’s hard, and I hate that the world requires so much from us when we are at our lowest. It keeps us moving though. I have a whole new appreciation now for the phrase ” fake it until you make it.” That’s exactly what we are doing and thanks to everyone in our lives I have hope that we will make it. 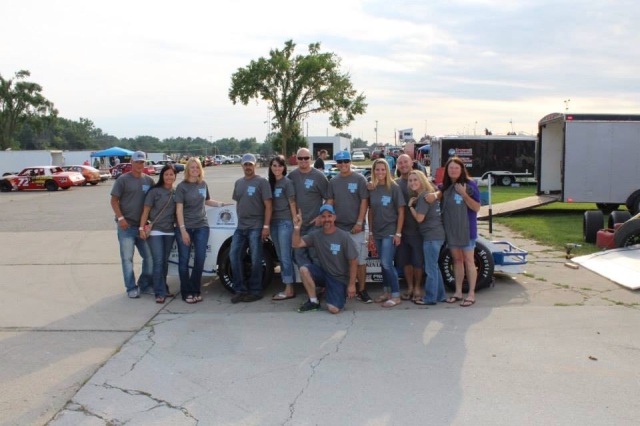 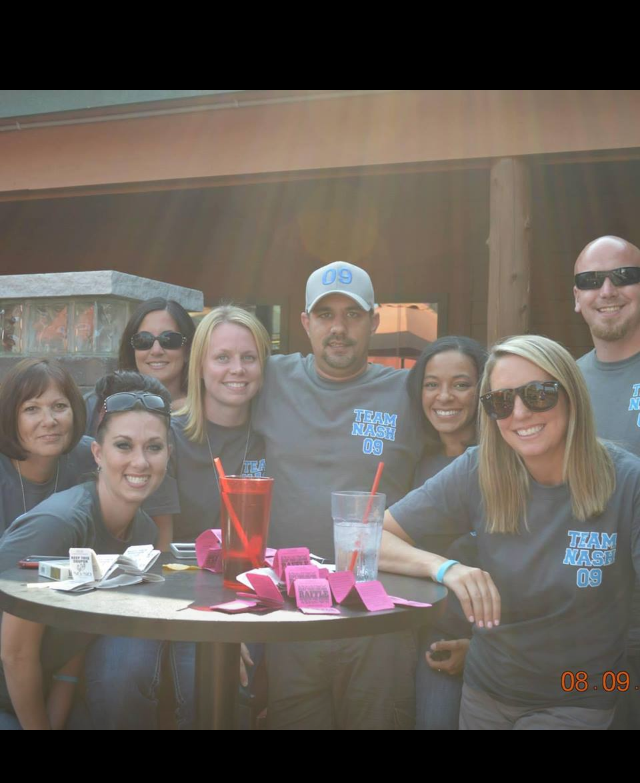 One thought on “Lucky”