Todd and I had a lot planned for the day ahead. Todd and many other friends and family members were participating in a golf outing that was put on by the Olivia Raine foundation. It’s a foundation that helps with the financial burden of funeral costs for infants. They paid for almost all of Nash’s funeral. It seemed fated that the golf outing was on the 9th. I was participating, along with many friends and family members as well, in a free car wash at Vic Canever, a Chevy dealership in Fenton. Anyone who came through would get a car decal that said Team Nash 09. Later that day, Todd and I were to meet up and head to the race track where Tony was once again racing with Nash’s picture on his race car. We barely had time to think about what this day really was (Nash’s 7 month birthday). It was on our minds for sure, but we had no time to dwell on it as we were rushing to get out of the house that morning. I did, however, kiss the teddy bear with Nash’s ashes in it and say, “Momma is headed out to celebrate your 7 month birthday.” Then I bolted out of the door.

At the car wash, I was surprised at how many people wanted to put a decal on their car. Todd has always been weird about what goes on his truck and I know many people feel the same. I smiled every time I saw someone putting a sticker on. It’s an amazing feeling as a mother that someone other than yourself wants to put your son’s name on their car. I know that one day I’m going to be driving around and I’m going to see these stickers and smile. I tried hard not to get on Facebook. I wanted to wait until the day was done and I was home by myself before I looked to see people’s random acts of kindness. Part of me was panicked. What if no one does it? What if only five people do it? I knew better but I compare it to the day before you get married. You know people are going to show up but you still picture yourself walking down the aisle in an empty church. People showed up to the car wash with flowers, cookies, and pizza. I saw some cars going through the automatic wash and went to give them a token for a free car wash and tell them about what we were doing in honor of Nash. One car I approached contained a father and his three children. I started to explain and he said, “I know who you are.” His kids very quickly and excitedly held up signs that said “have a Nash day!” It was incredible.

My friend Natalie said, “Have you looked on Facebook? You should! ” I sat down and took my first look. I don’t think I have ever looked so crazy. Here everyone was, washing cars on their Saturday off trying to help me, and my lazy butt is sitting down scrolling through Facebook crying, laughing, and smiling. For lack of better words…PEOPLE SHOWED UP!!! Not only that but they showed up in a big way. People took balloons to children in the hospital. People left 50-100 dollar tips at dinner. People paid for other people’s dinner. School supplies were handed out. Clothing was donated to underprivileged children. Newborn portraits, coupons, diapers, and wipes were given to mothers of newborn babies at the hospital. People got creative. They handed out flowers with Nash cards as the flower card. They had bubbles and bottles of water with his cards on them. There was a picture taken at someone’s wedding where the bride, groom, and flower girls held up signs that read “have a Nash day!” A high school marching band wore ribbons with Nash’s name and did a can drive in his honor.

Kids have been truly amazing. To see how much they enjoy doing these things. They seem to be even more excited than most of the adults. Many parents have told me their children talk to Nash when they are praying; that they talk about him to their parents as if they knew him. They all call him Baby Nash. They are learning something. They are learning empathy…that someone else may need something more than they do. Something I wanted Nash to have above all things. I worried endlessly that he would not sympathize with others. To me that’s the most important thing to teach your child, especially in the world we live in now. My favorite posts were those that received the random acts of kindness and actually took the time to go to his page and tell their story. This is where things get down right inspirational. Whether you believe in God or coincidence, things seem to be eerily fated. There were people who had received flowers and cried because they were in town for their grandparent’s funeral. Someone who’s car was broke down and had a stranger not only jump their car but handed them flowers afterward with Nash’s picture on it. People who went to pay for the person behind them in the drive thru only to be told the person in front of them had paid for their meal.

One private message grabbed me the most. It was from a lady who lost her nephew to brain cancer when he was 11 years old. August 9th “Nash day” was a year to the day he was buried. They too had set up a Facebook page in his name and called it Prayer Warriors for Dylan. This lady was in the restroom at a park, and when she came out her husband handed her a Nash card that was just given to him when someone dropped off a shovel and bucket to the 2-year-old boy that was with them. Probably assuming he was their child. He wasn’t though, he was Dylan’s little brother. A little brother that has no memories of his big brother. Had Nash made friends in heaven? Was this little boy chosen by Nash and Dylan? I’d like to think so. It feels as though all of these people were picked for a reason. That Nash hand selected them because they needed it. How else can you explain how these people were chosen? Nash was such a loving and happy baby that I could see why he picked them. It’s hard to explain how I felt. I just lost my world 7 weeks before; it was the hardest day of my life and all the days since have followed suit. I worry he will be forgotten. That people won’t realize what a wonderful soul was lost that day. That they will never understand how perfect he was and how much we are grieving him. To look at all these acts of kindness on Facebook made me feel like people got it. It was as if they were saying to me that they did realize what was lost, that he will never be forgotten, that they know how much we are hurting. It was like soldiers rallying behind us helping us through this absolute war and attack on our hearts. To see his picture all over the world…Montana, Iowa, Nebraska, Virginia, Texas, New York, Peru, Germany, and England. My heart could not contain the emotions I felt.

I still look today and find things I have missed. To thank these people will never be enough. It pushes me to be better. On the days when I want to just give up, I know that I can’t…I have too many people counting on me to stay strong. I have too many people I would let down. Many times on this day, people told me how lucky Nash was to have us as parents. How many lives have been changed because of him. It fills my heart with pride. I no longer get to be a parent to him. I don’t get to decide what school he will go to, what food he is going to eat, what people are in his life. However, this is the one way I am still able to be his mom. It’s the one choice or decision I am still able to make for him and that is what I chose to do with his passing. What legacy do I want him to have? When people think of him, what will come to their minds? Now I know that when they think of Nash they will think of…kindness. 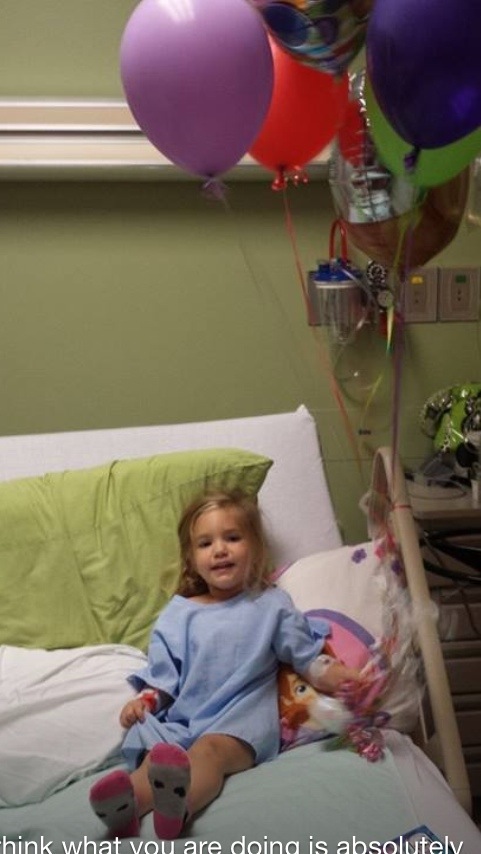 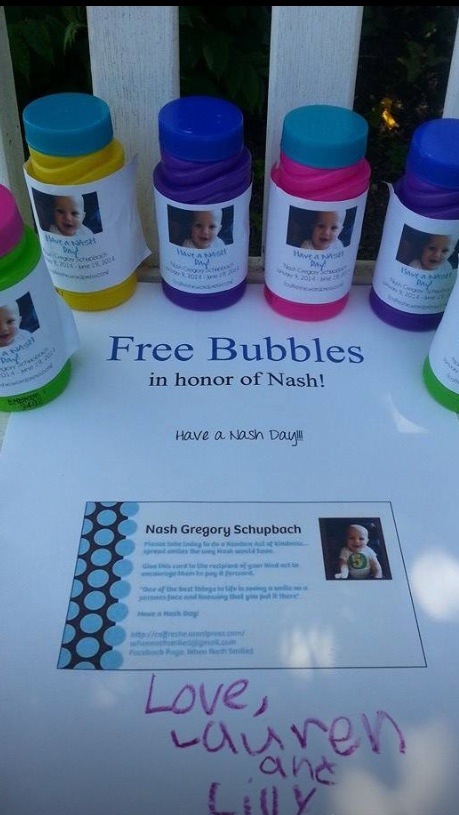 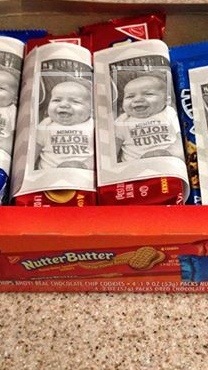 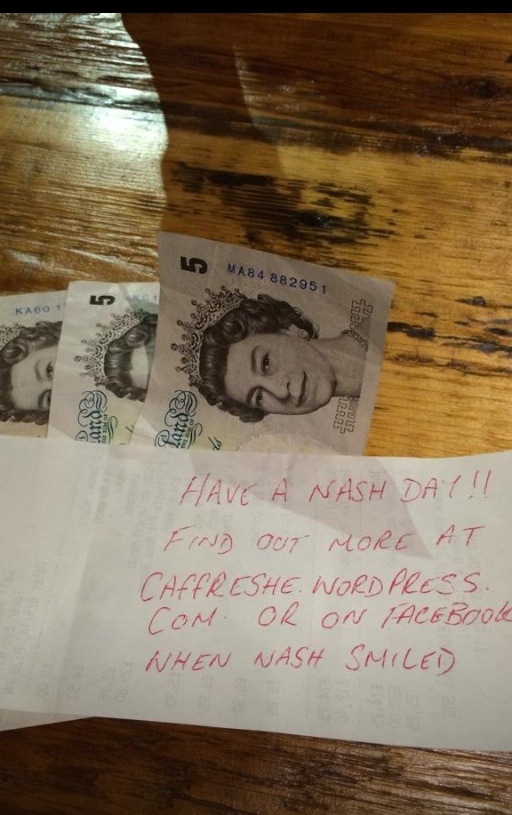 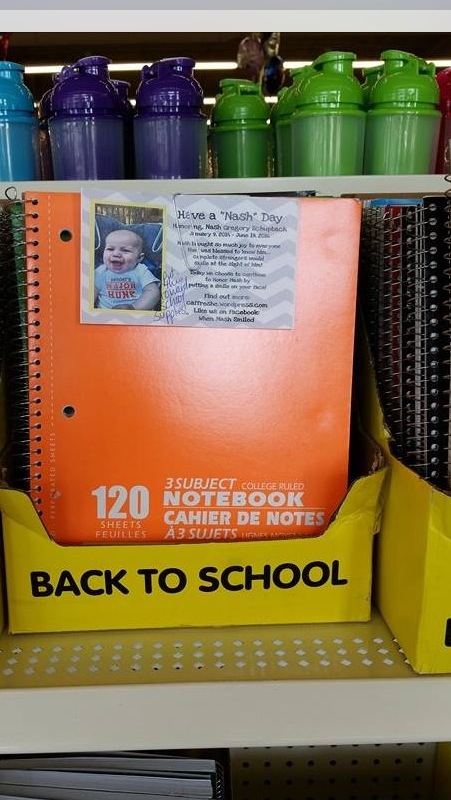 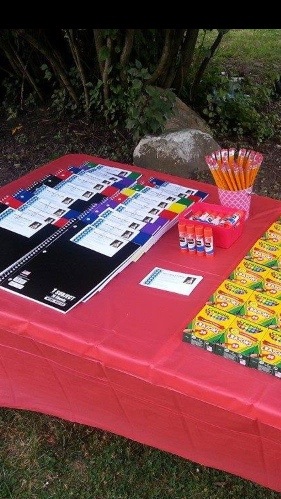