As I rocked Nash, I searched Todd’s face for his reaction. His eyes said it all, this combination of pure horror and questioning. He had his hands on his head, shaking his head no…like he just didn’t understand. He went back and forth between that silent look into space and saying that he was going to be sick.

My brother Michael walked in. He came to me with the same confused, horrific look as Todd. He reached out and touched Nash’s face. I was glad he was there. My father-in-law was behind the rocking chair with arms around me, sobbing… looking at his only grandson. His sons first child. His grief was palpable. I had never seen him cry before, hell I had never seen him do anything but smile. Thinking of it now, I know he passed that same trait on to Nash. The staff came in with a Tupperware dish full of plaster to take a mold of his foot. It looked small. I made a joke his foot may not fit…I made a joke! What the hell was going on in my brain?

I was surprised how good it felt to hold Nash. I wanted Todd to hold Nash. I wanted him to feel the little comfort that it brought to me. I knew my husband wouldn’t be able to react naturally if his family was in the room. I asked them to give us a minute.  After they left, I handed Nash to Todd. His reaction wasn’t what I expected. He just held him low in his lap and stared at the ground. He looked…defeated.

Dave said, “Shelly the medical examiner needs to come in.” I asked if we could come back and hold him after he was done and was told yes. I went to set him back down on the bed. It was strange. I would never set him on a high bed and walk away…he could roll off. It was Just one of those things your body and brain does when something tragic happens; again I was on autopilot. After I walked one step away, I went back and kissed his mouth, his cheeks, his forehead, and then somehow gathered the strength to walk out.

They took us to the same room in which I saw Todd’s family crying earlier. My family started arriving. I saw my mom and sister and cried loud tears for the first time. The medical examiner and detective came in…they were both so kind and I got the impression that if there was an answer, they were hell bent on finding it. They started asking me questions, including what his weight was at birth, I told them 11 pounds, and the smiles and jokes that always came after I answered that question still did. I loved that. They asked what his birthday was and I told them January 9th. When I said his birthday this time, I thought of how he shared a birthday with his grandpa in heaven. He would share his first birthday with him… It brought me no comfort. They asked his full name. I could barely say it through crying, “Nash Gregory Schupbach.” His middle name Gregory, after Todd’s dad. I thought about all of these things I loved about my baby that made him special. Then they asked me, “What side did he sleep on?” His left. “Did he sleep on his belly?” Sometimes. “Could he roll over?” Yes, but sometimes his arm would get stuck.

They told me that they talked to the sitter. She had laid him down for a nap in a Pack ‘N Play. She found him not breathing. She was the first to start CPR. They said that In time they would tell me everything, but for now that is all they could say, being that it was an ongoing investigation. There was a large mark almost like a scrape on the back of his head. It wasn’t there when I dropped him off. He said that it could very well be from CPR, but they will not assume anything. They would find out the cause. Then he said, “Be prepared for the possibility of having no answer. Sometimes babies just die.” Becca started talking about how strong Nash was…something I was thinking myself. How could my perfect, strong baby just die? After the conversation, he handed Todd his card. I asked if I could go back and hold him and they said that he was already taken for the autopsy. I started to cry. I was promised! I look back now and think that it may have been a good thing. Could I have ever let him go? They said the first “I’m so sorry” that we would hear in the days to come and left.

I can’t remember who, but someone said let’s get out of here. When we walked out to the parking lot I thought to myself, that’s it? Shouldn’t they admit me and put me on 24 hour surveillance or something? Do they know I just lost my whole world? Did they know I didn’t just lose a baby, I lost Nash? The last time that Todd and I had walked hand in hand out of a hospital we were new parents. Now we walked out hand in hand…no longer parents. You could feel the shift. 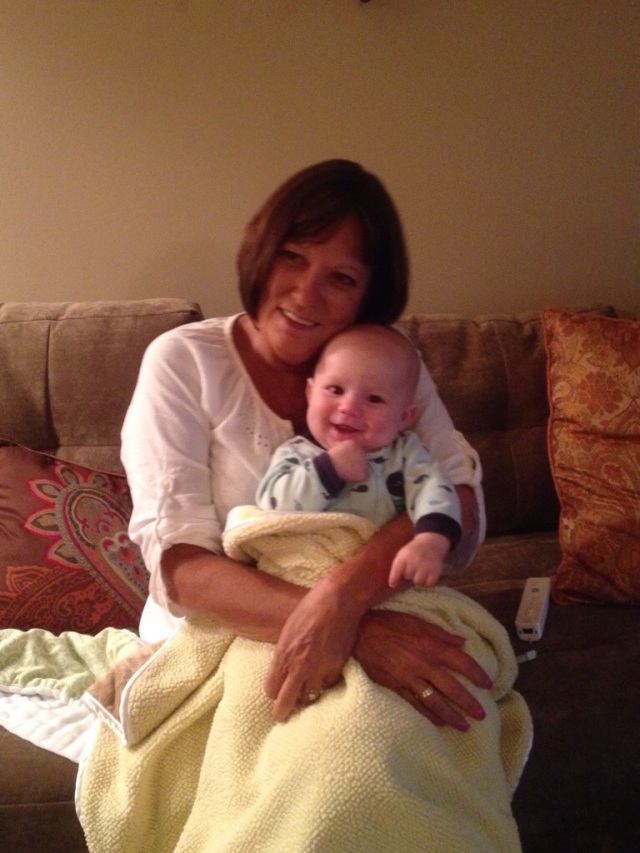 6 thoughts on “The aftermath”